Many of the activities listed on our web site are valid for all Bradclin Portfolio Properties - however, each area has its own charms and special places. Try the following if you are staying at Bradclin Beach, Blouberg: 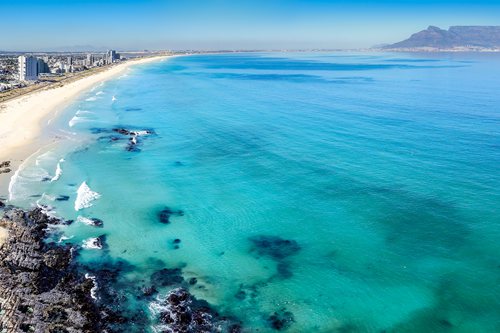 The beaches that stretch from Blouberg right through to Melkbosstrand are beautiful and have the added advantage of that great view of Table Mountain.

Take long walks, enjoy the sea life in the tidal pools, take up wind-surfing, brave the cold water for a swim on a hot day, play sport with the kids - there is space for all on this stretch of coastline. You will never feel crowded, ice-creams are at hand, beach restaurants beckon, enjoy sundowners at the famous Blue Peter Hotel!

This wine route is practically on your doorstep and the Wine Estates in this area are in beautiful country surroundings, bordering Durbanville.

Nestled in the Tygerberg Hills, a mere 20 minutes drive from Cape Town, lies the Durbanville Wine Valley. With its hectares of flourishing vineyards, award winning wines and hospitable atmosphere, this wine route is fast becoming the Cape's destination of choice.

The Durbanville Wine Valley consists of nine wineries, each offering the finest in wines, and complemented with some of the best fine dining restaurants and intimate country kitchens in the region.

The reserve is a haven for some of the last remaining Strandveld along the West Coast of which 1% is being conserved. During spring the veld comes alive with a sea of colourful flowers of various shapes and sizes that make for a brilliant display. The reserve also supports various wetlands, a number of unique coastal landforms and animal life that includes the previously endangered bontebok, springbok, duiker, steenbok and various predators such as the African wild cat and the caracal. A number of species have been introduced to the reserve to great success and include Burchell's zebra, eland and gemsbok. With just fewer than 200 identified bird species, the Koeberg Nature Reserves makes the ideal location for hours of uninterrupted bird watching with a specially constructed bird hide for this purpose. Species that can be viewed include the African Black Oystercatcher, Black-Shouldered Kite, Cape francolin and Fiscal shrike amongst other. Two circular hiking trails lead hikers through widely varying terrain and offers panoramic views of Table Mountain. Both trails have various options to accommodate both family and experienced hikers. A new edition to the reserve is a mountain bike trail of 19km designed for cyclists who whish to enjoy nature in a different way. 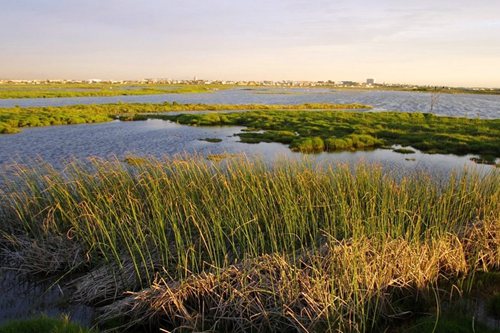 Rietvlei is a freshwater wetland located on the floodplain of the Diep River before it drains into Milnerton Lagoon and finally into Table Bay. There is a permanent freshwater lake, shallow seasonally inundated pans, extensive reedbeds, true riverine habitat and a tidal lagoon. With the gradual removal of alien vegetation, tracts of typical Strandveld flora and fauna are flourishing. The springtime wild flowers are a wonderful sight. Approximately 560 hectares in size, its location ensures that both freshwater and coastal birds are regularly seen. The wide diversity of habitats makes this wetland system particularly impressive, in both the variety of species to be found, and the sheer numbers of birds present.

The most rewarding viewing seasons are spring and summer when large numbers of migrant waders are present. The number of water bird species stands at 102, of which 70 are regularly present. Over 10 000 individual birds have been counted during water bird censuses. The total species count stands at over 190. There are spectacular views across the bay to Table Mountain, making Rietvlei a photographer's paradise. 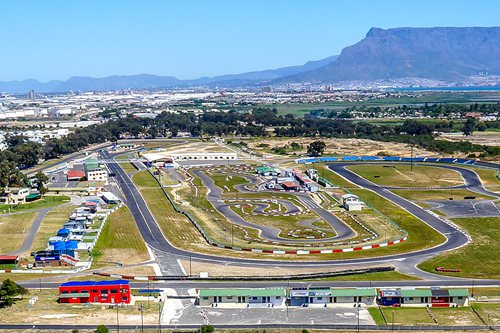 For those who love racing, this is the place to be! Visit the web site for full details of events in all categories. From Classic to Super cars, Street Racing, Motor Cross and Karting. See the action! www.wpmc.co.za 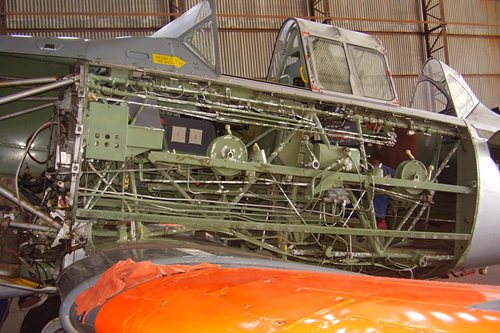 For those with a love of aircraft, check their out web site!
www.saafmuseum.co.za

All visits must be booked through SANCCOB's Education Officer:
Karen Müller on 021-557-6155 or via e-mail karen@sanccob.co.za

NOT AN APRIL FOOL'S JOKE
Do you remember the year 2000? Of course you do, that was the year of the infamous Treasure oil spill with all those penguins to wash and feed and all that guano to clean away. But remember also those few (thousand) penguins that avoided being oiled; they were removed from Robben Island and transported to Port Elizabeth (800km east of Cape Town) where they were released in the hopes that they would swim home after the oil had dispersed.

Three of these penguins (Peter, Pamela and Percy) were fitted with satellite transmitters so their journeys back to Cape Town could be monitored; and they all became media celebrities. But Peter was the real star. The first to be released, he was named after Peter the Penguin: the subject of several short stories by Phil Whittington. Peter swam back to Cape Town in 18 days to arrive, according to his transmitter, on Robben Island on Nelson Mandela's birthday (18 July 2000). Peter is definitely a real showman as we will later see. But Peter kept away from people; despite many spending several fruitless weeks searching in the places his transmitter told them he had been only an hour or so before. So elusive was Peter and so famed did he become, that Phil wove his earlier stories, together with a few new chapters, into a book Peter the Penguin. In the book Peter, as in real life, swims back to Robben Island with his transmitter and hides from the biologists trying to track him down. Eventually the transmitter falls off, but Peter keeps avoiding the biologists whom he blames for all his troubles.

Biologists, helped by Earthwatch volunteers, have been searching for Peter ever since - reading along the way the flipper band numbers of more than 10 000 penguins that were involved in the Treasure oil spill. But he was not seen. So we all began to think he had not survived.

Until he suddenly re-appeared. But being Peter, he made sure it was a dramatic appearance. He waited until the 1st of April 2004 before finally sitting down on a distant rock with his flipper band in a position that was just about readable. So when I looked through the telescope, I saw A1405... and wondered, "Is this Peter or not?" I had to wait about 15 minutes before he moved to a position where I could read the final digit and see the full A14059 and knew I was looking at Peter. I was with one of our Earthwatch volunteers, so I asked her to confirm the number before calling Mario, the Environmental Officer on Robben Island. When I told Mario I was looking at Peter, he just burst into laughter. He really believed it was an April Fool's joke, but he came over anyway and after a careful check, agreed that it was indeed Peter. Peter really is alive and well and living on Robben Island. We hope future Earthwatch volunteers, or one of us, will find his nest someday and maybe even the long lost transmitter. 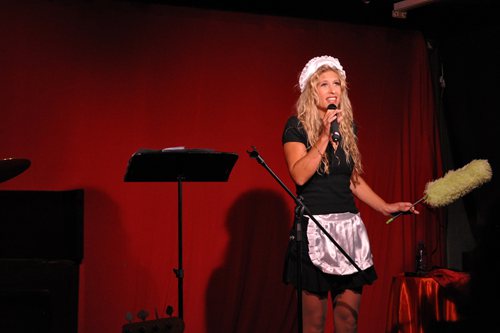 For some local talent check out: www.milnertonplayers.com 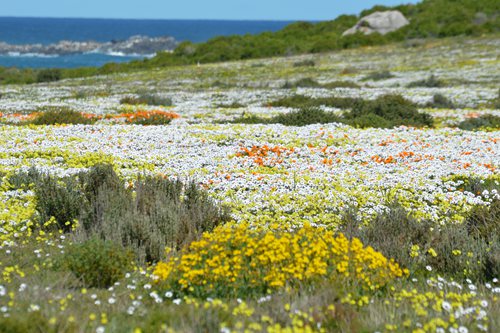 Just inland from the secluded harbour of Saldanha Bay one finds the azure waters of the Langebaan Lagoon, focal point of the West Coast National Park. Thousands of seabirds roost on sheltered islands, pristine golden beaches stretch endlessly into the early morning mist and brooding salt marshes are home to vast concentrations of migrant waders from the northern hemisphere.

During the spring the strandveld is embroidered with a tapestry of multi-hued flowers, while in the Postberg section (open during August & September only) many antelope are to be seen in a setting that is as unique as it is idyllic. 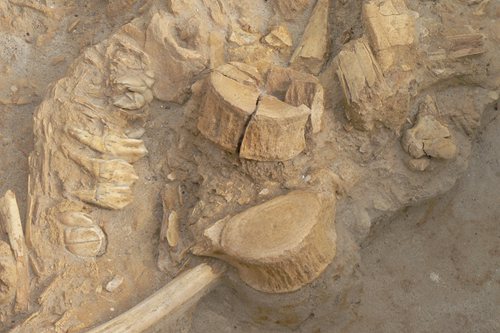 Five million years ago the Cape West Coast was very different from what it is today with a wide range of now extinct animals living in riverine forests, wooded savannah, the adjacent sea and on offshore islands. Phosphate mining operations at Langebaanweg uncovered one of the richest fossil sites in the world. Over the past 40 years bones of 200 different kinds of animals, many of them new to science have been recovered. A few years after mining operations ceased in 1993, a 14 ha fossil-rich area within the mine property was declared a National Heritage Site. Iziko Museums of Cape Town and SAMANCOR launched the Fossil Park in 1998 to bring palaeontology to the public. The West Coast Fossil Park is situated 120km north of Cape Town, an easy one and a half hour's drive along the R27. 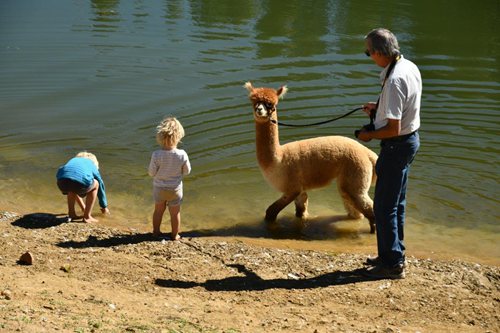 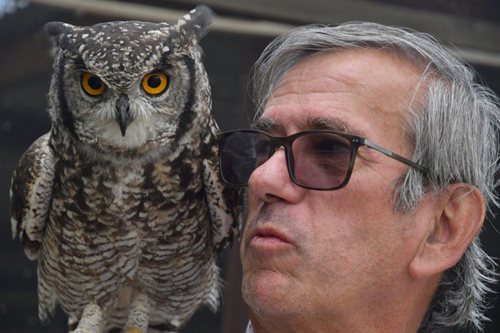 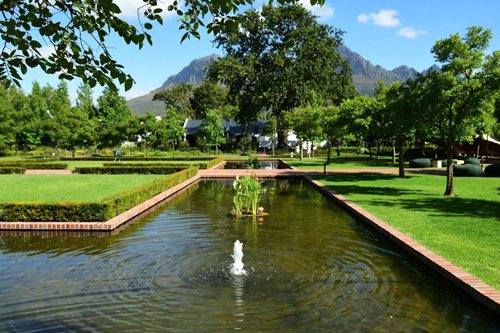 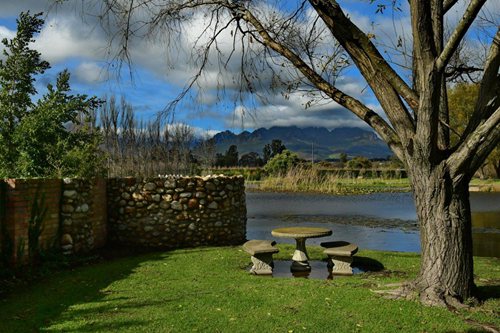 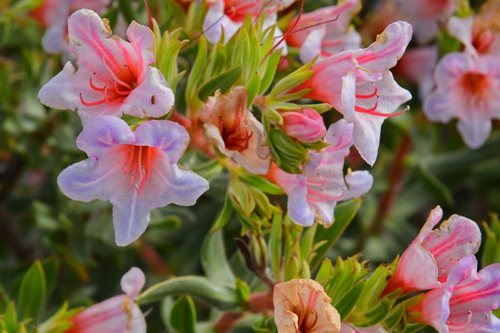